I recently spoke at the #DareConf Underground event at the Book Club.

When I say recently, I mean June 2015. So much for the regular blogging I challenged myself to huh?

When Jonathan first asked me to participate in the event, we met up for a coffee and a chat. Over a fancy flat white in Holborn, he revealed he was planning an interview-style session, rather than a standard slide deck presso I’ve come to expect. I was game.

I’ve been meaning to write about this fabulous little event, the quirky format, and the things I learned for a while. So here goes, long-ish listicale style.

During my interview, I chatted through a few practical facilitation techniques that I thought would be helpful for participants to take away. Jonathan knew a couple of my points ahead of time, so he prompted me and asked questions throughout the session.

Some of the things I talked about were:

Stand behind “a talker” and hold their chair to stop their contribution overrunning in a workshop. #dareconf #gamestorming @amyeee

I can’t take credit for that one ^ though, my old colleagues from Xplane taught me that. Hit tip Matt Morasky and James Macanufo.

Feedback from attendees and from my own experience, made me realise this format is much more natural, less contrived and feels closer and more accessible to audiences. More conferences should do interview-presentations IMHO.

2. Improv isn’t as dorky as it sounds

After each interview-style segment like the one I just described above, the attendees broke into groups to practice techniques like active listening and yes and…

It feels a little weird at first to be standing in a circle with strangers saying ‘yes and’ to everything they say but… hey yeah, that’s probably always going to feel weird actually!

OK, but stop your visions of handy-holdy chanty things, it’s not that bad. In fact, most people participating are really amused by the improv exercises, find themselves laughing and then finally, penny-dropping. Most people I spoke to after practising these techniques said they realised just how much they accidentally blocked their colleagues at work. People realised the power of inclusive communication. 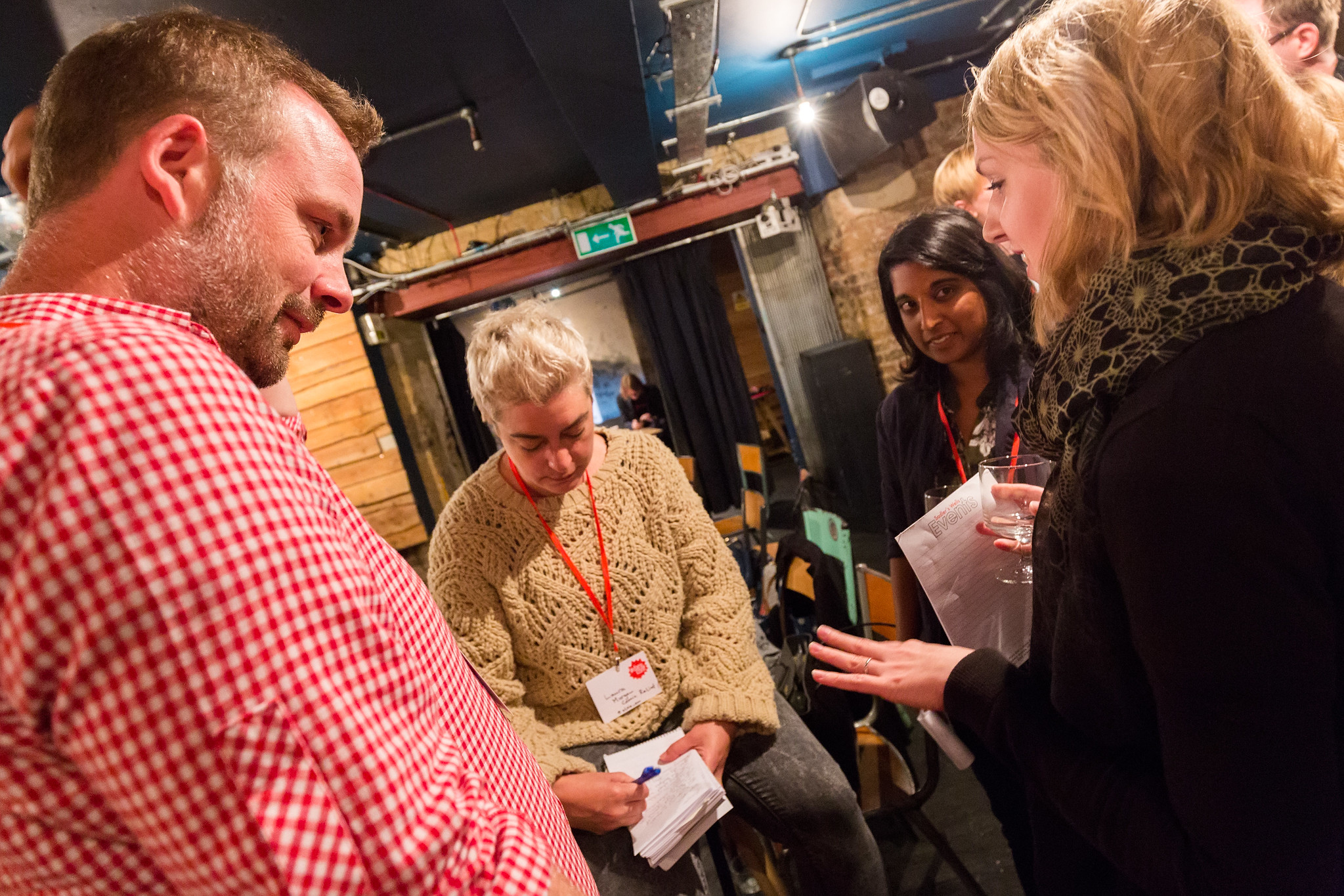 3. I make weird faces when I speak

Oh gosh, I didn’t realise I was so animated. These fabulous event pics from Paul Clarke revealed all number of ridiculous expressions. I think I need to practice toning it down in front of the mirror :). 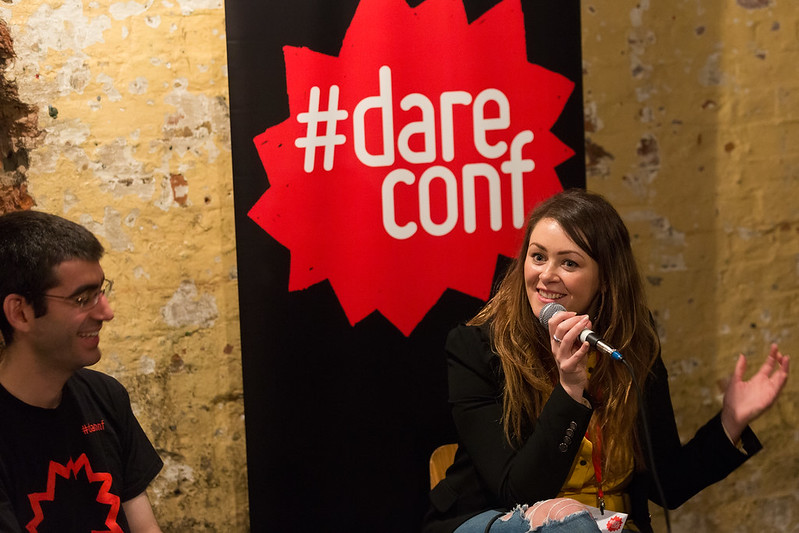 4. The DareConf crew are fabulous

DareConf events are not only a family affair (much of the crew are related), it’s got a great, supportive family vibe. Maybe that’s why their format feels so welcoming.

Find out more about #DareConf over here.

Here’s a fab review of the same event – with much more detail – from Deeson and some kind words.

Fabulous photos by the talented Paul Clarke, used with permission.

Hello there. My name is Amy Wagner. I'm an Agile Coach at Wagner Ventures, a co-founder of independent music publisher Hookline and a boat restorer and liveaboard blogger over at Boatmaison.com.